The Russell 2000 futures has been range bound for the past 6 months, as shown on its continuation chart. This range between 2366.00 on the high to 2084.40 on the low looks to be in consolidation.  The interesting thing is the large volume at price cluster that's developing between 2299.00 and 2199.00.  This cluster is currently the largest dating back to its March 2020 bottom.  Once prices break outside of this range, I expect this large volume cluster to serve as an import level of either support or resistance.  Let price action dictate the breakout direction and then look to enter positions on pullbacks into the volume cluster.

I will be watching this market closely and will provide updates when warranted. 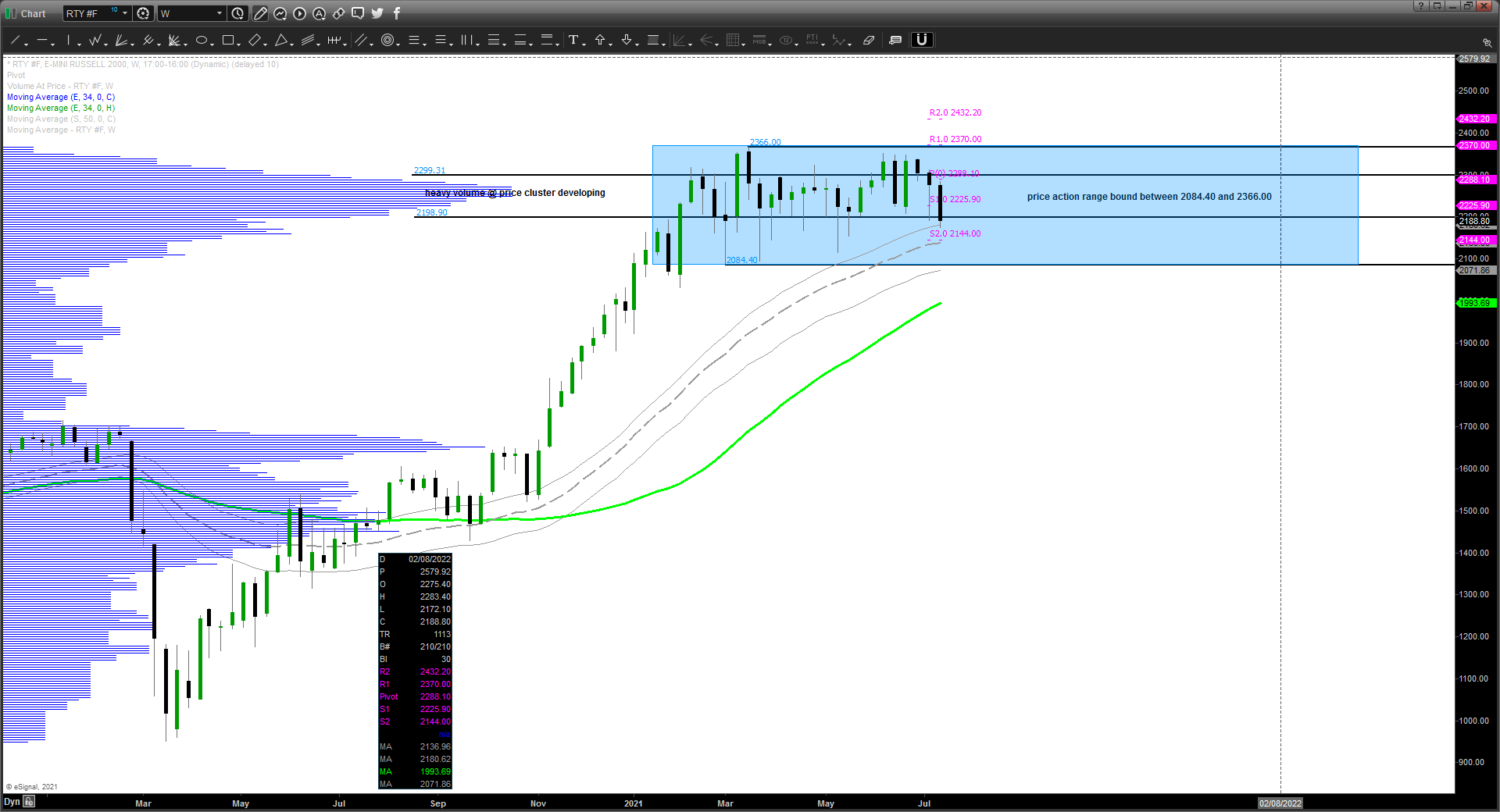 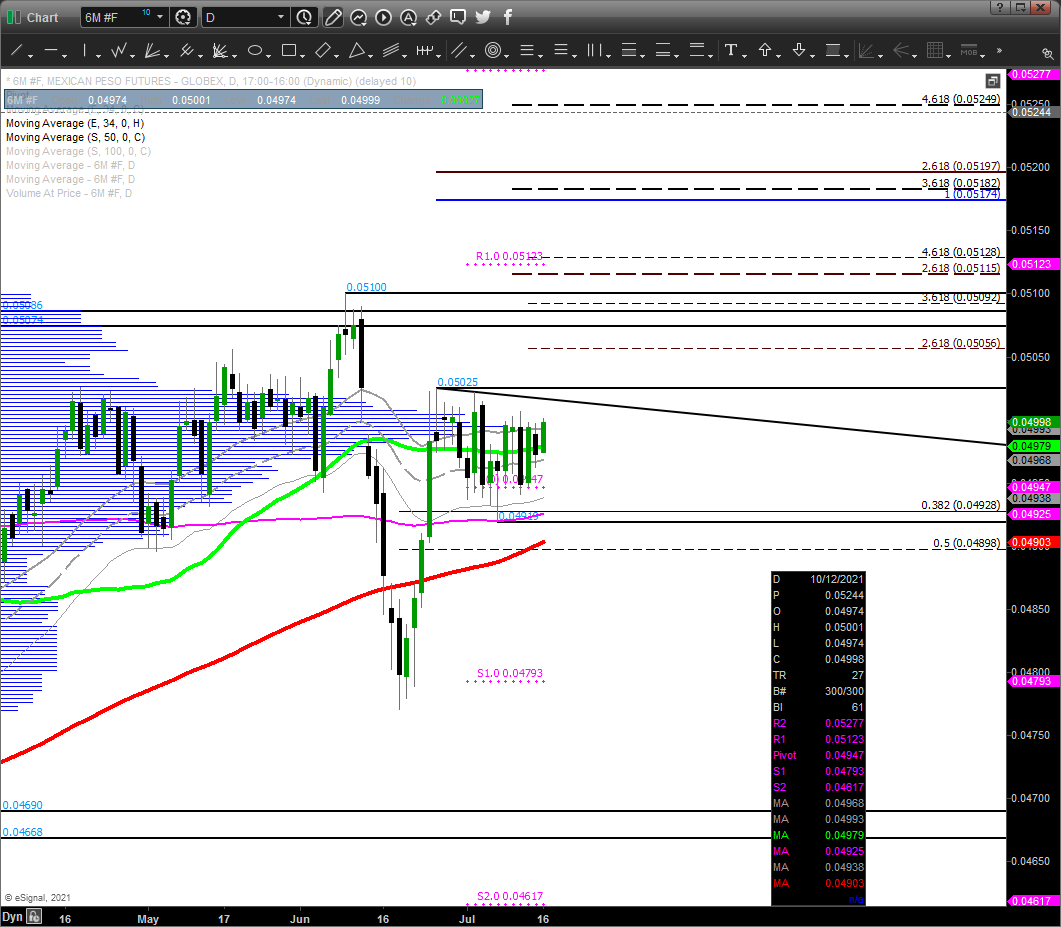 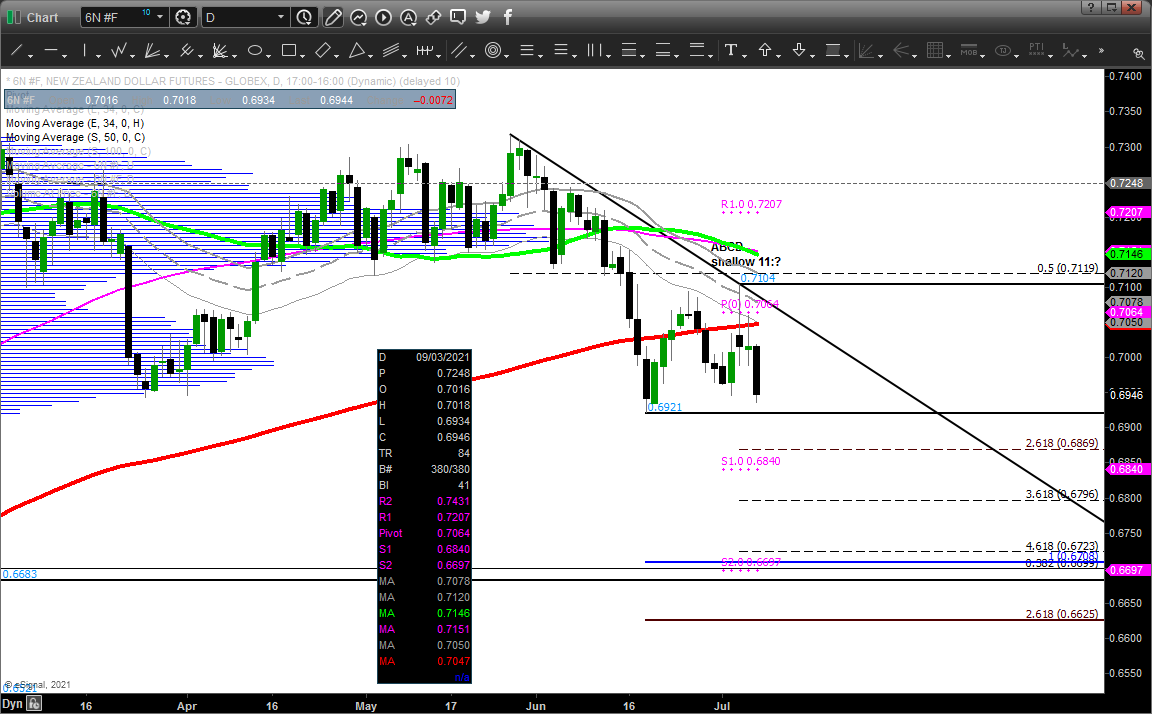 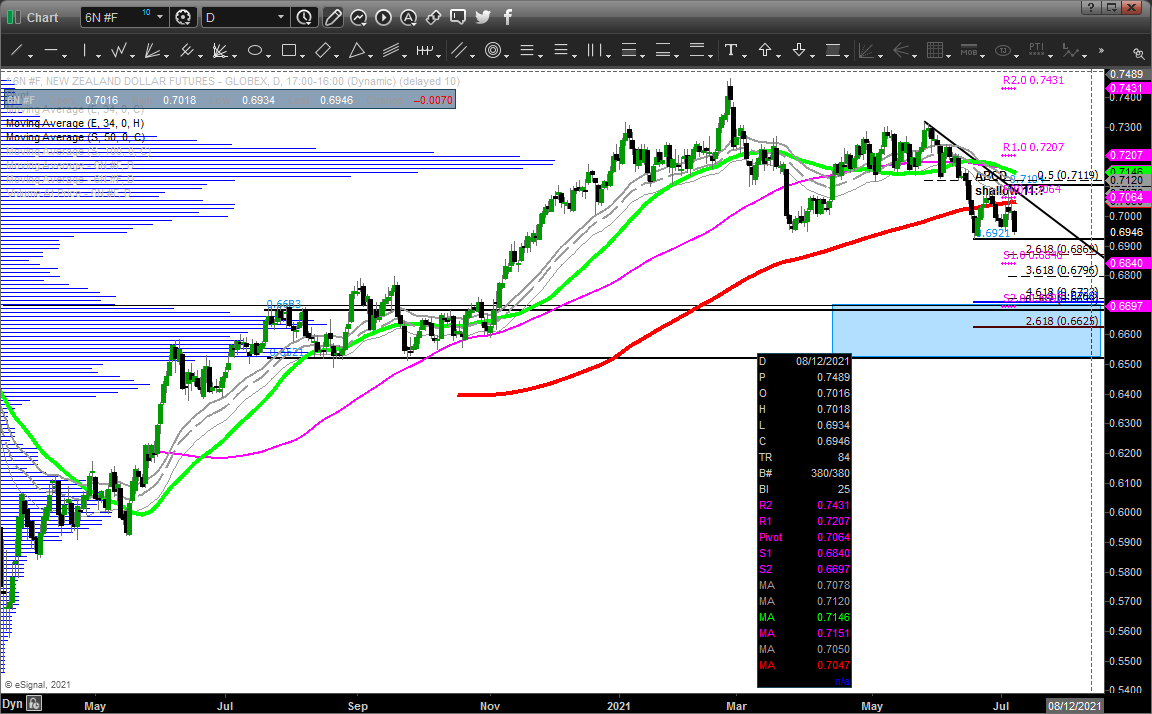 There is a potential bullish ABCD pattern, which closely resembles a flag pattern, developing in the Mexican Peso. This pattern is bullish because of the retracement, which is less than 38.20%. Anything less than 50% is bullish, while anything less than 38.20% is very bullish. The trigger to this pattern is a break above .05025 before going below .04936. If prices can trigger this pattern on Tuesday, then we would have 4 bars down and 2 bars up. This would be 2:1 right-handed skewing. The skewing shows the momentum, which in this case would be strong. Weak momentum would be skewed to the left (i.e., less bars down to the swing low, and more bars to the breakout high). That is what makes this potential pattern so promising. It combines very bullish retracement with potentially strong upside momentum. The target of this ABCD pattern would be between 0.05169 and 0.05191. This pattern fails below 0.04936. 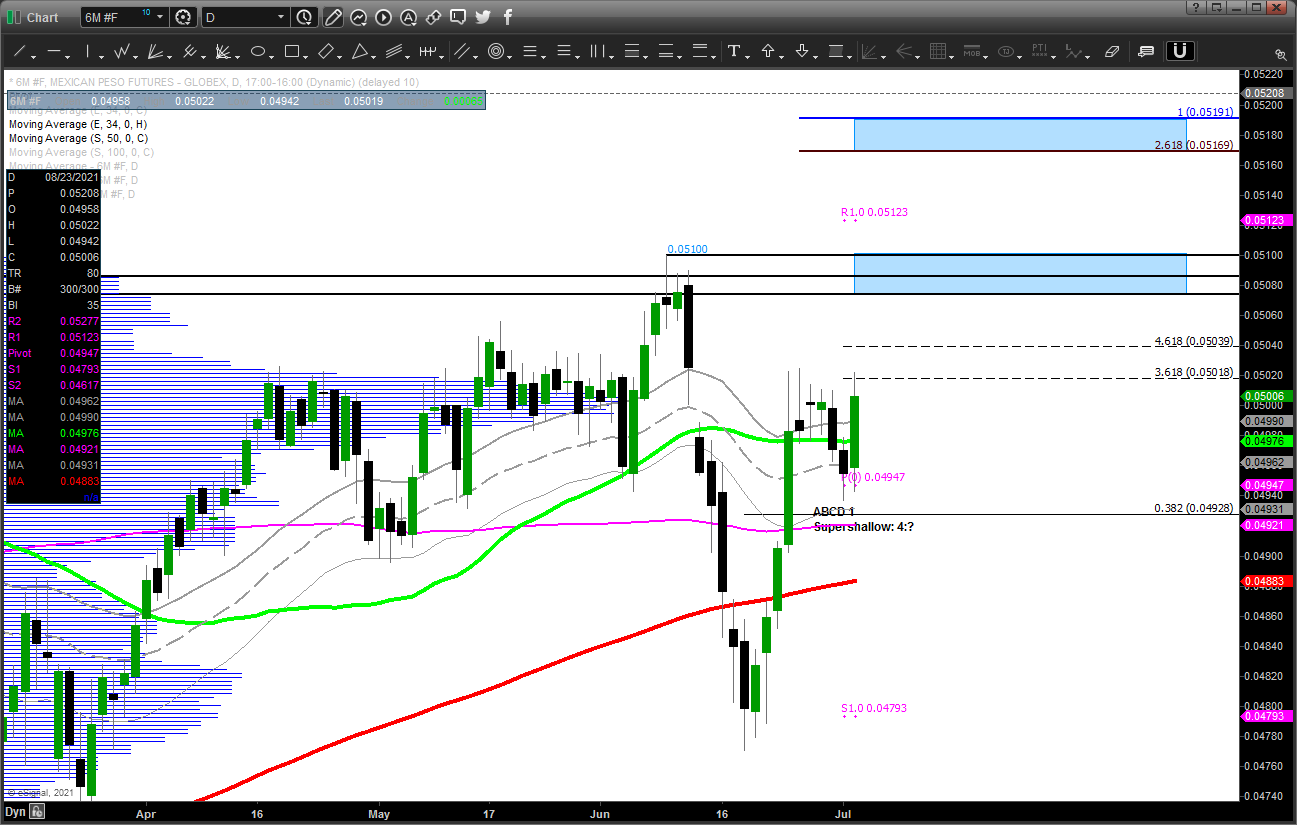