Cocoa is approaching a possible resistance zone, which could provide a favorable short.  First, let's look at the bigger picture.  The weekly chart shows Cocoa has been in a down trend since February.  This sell-off is dominated by a shallow ABCD pattern with almost 3:1 right-handed skewing.  This represents a strong trend with strong momentum.  The 3 downside targets of this pattern are 2094 (met), 1981 (not met), and 1694 (not met).  It would be better if none of the targets were reached, but the bearishness of this pattern suggests we could see further downside targets hit.

Next up we take a look at the daily chart.  We want to focus on the move down from the June swing high.  This sell-off has two ABCD patterns.  The first is a double top and the second has medium retracement.  This suggests a weak trend, which is why we are seeing prices rally.  However, the daily chart is still bearish.

Now that we see bearish tones on both the weekly and daily charts, we want to look for sell side trades.  I'm not interested in fighting the trend.  My analysis has narrowed down the following zone as potential resistance: 2221 to 2280.

Let's take a look at what's inside this area:

-34 EMA wave on the daily chart

-seasonal tendency of Cocoa is to see a mid July to mid August sell-off. 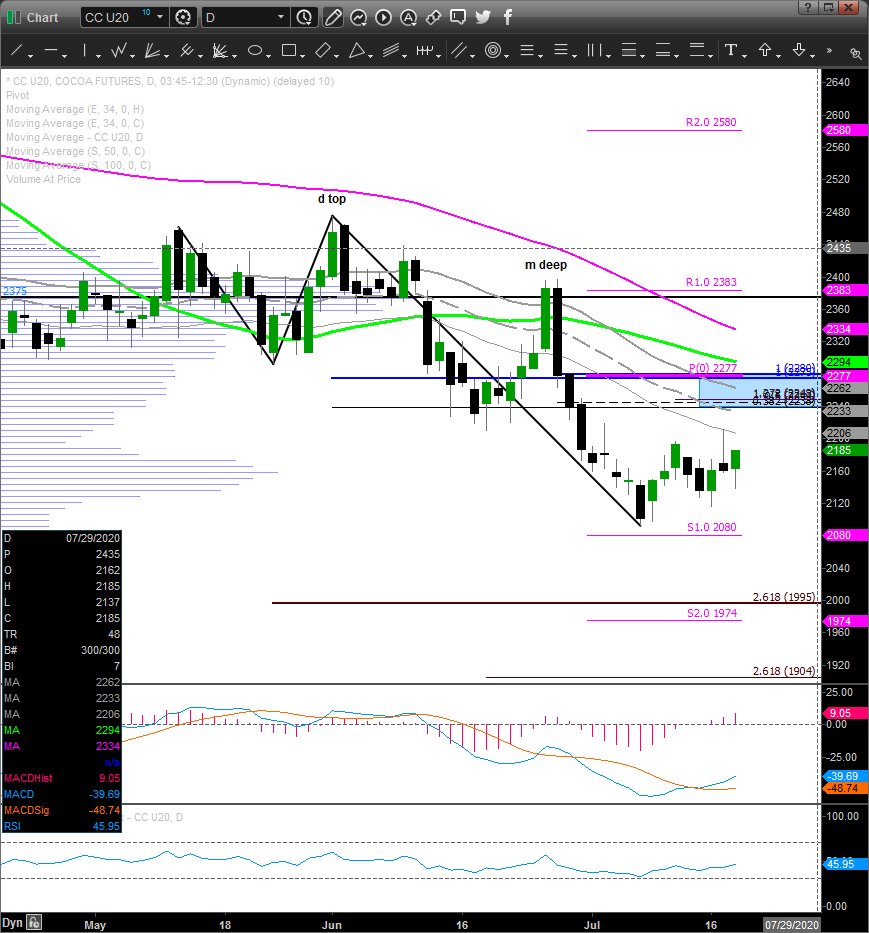