The Dollar Index has been in a down trend since topping out on March 19th.  Since then, this market has made 3 significant measured moves (MM).  The first MM, which is the dominant one, had a neutral retracement.  This indicates the start of a strong down trend.  However, it had significant left-handed skewing.  The skewing is an indicator of momentum and a ratio of 5:38 is extremely weak.  This puts a damper on the bearish retracement.

The next 2 MM's were located inside the dominant one.  They both had deep retracements, which signals a weakening down trend.  The 2nd MM also had extreme left-handed skewing with ratio of 8:23.  All together this shows a down trend that is weakening and looking for a bottom.  We can use extreme fib extensions to create a possible support zone.  Utilizing the fib extensions of the dominant MM and it's two supporting MM's, I have created the first area to watch for a low.  It's between 95.38 and 92.54.  If the market trades inside this zone, then I will look for more clues to a possible bottom.  If the market does bottom inside this zone, then I would expect a significant bounce higher. 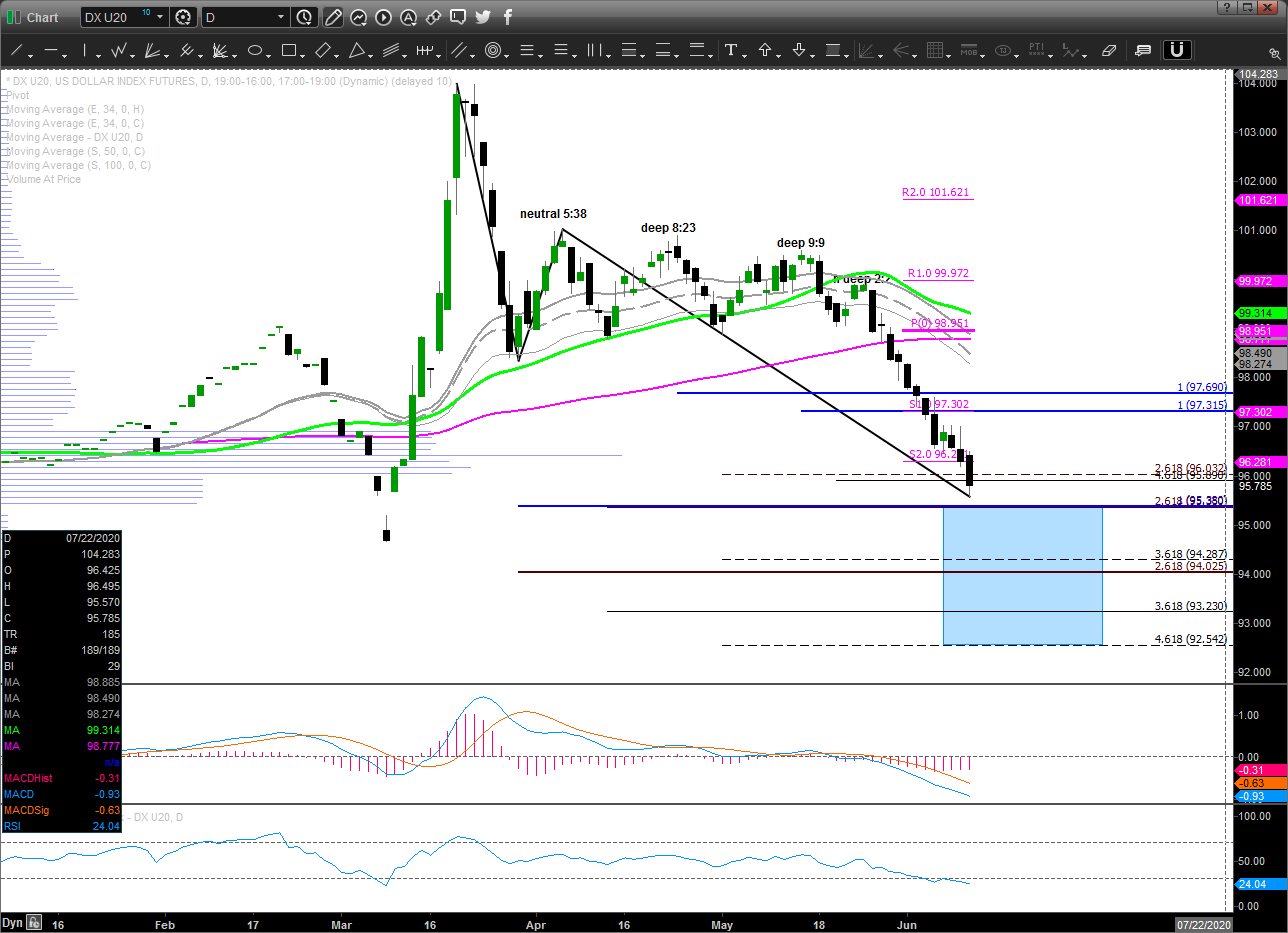