Platinum prices stalled @ 1046.70 on January 16th, which was inside the middle of my proprietary Fib resistance zone.  Is this the start of a bigger correction or just a temporary pullback before making new highs?

Conclusion:
The chart is starting to support a bigger correction. 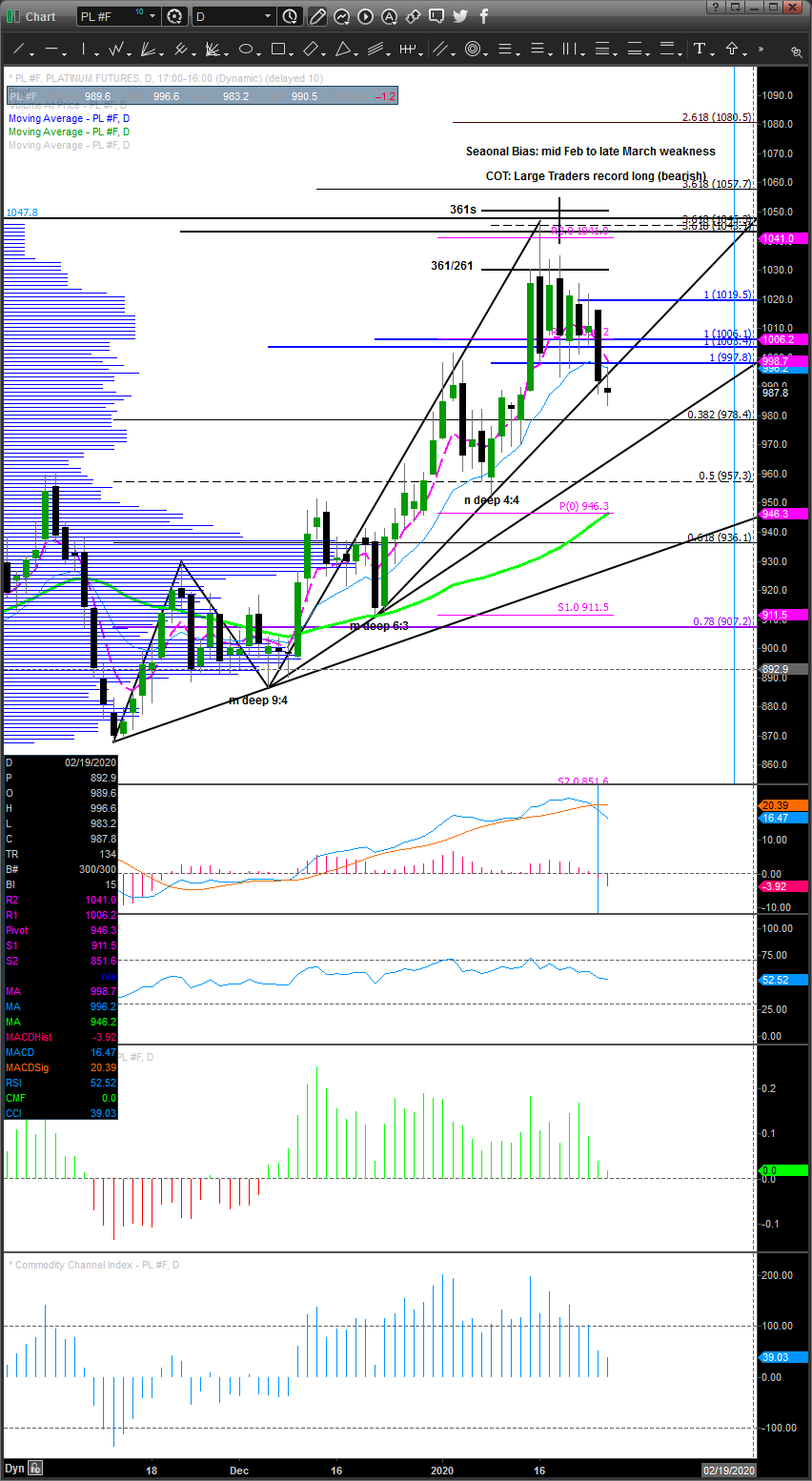